Get to know Amagansett

Are you looking for a place to shop eat? Amagansett’s Main Street has you covered!

Amagansett, a hamlet of East Hampton Township at the extreme eastern end of Long Island, New York, is home to about 2,000 year-round residents. The town’s economy is primarily based on tourism and agriculture, but there are also several artists and art galleries.

Homeowners will become familiar with the Bayberry House & Garden Center, which is a full-service nursery and garden center. It is open from April through December, and in the springtime, you can see an explosion of color in their garden center. Their greenhouse holds a wide variety of indoor and outdoor plants, including herbs that are popular with cooks and those who enjoy homeopathic medicine. They also have a great selection of bird feeders, pottery, furniture and other home decorations.

Before heading to Indian Wells Beach, sunbathers will want to stock up at Brent’s General Store. This Amagansett staple offers everything from groceries to beach gear. Their deli counter is known for its sandwiches and salads that are perfect for taking on vacation or eating at the beach. They also have a coffee bar with espresso drinks, wine by the bottle and beer from local breweries.

The streets of Amagansett are just a-buzz with all the new restaurants and shops that pop up each summer. Whether you’re in the mood for the perfect swimsuit, or maybe a lobster roll, there’s enough variety to satisfy anyone’s appetite.

Amagansett derives its name from the Montaukett name for “place of good water” from a water source near what today is Indian Wells beach.

Unlike the rest of the Hamptons, Amagansett was initially settled by the Baker, Conklin, and Barnes families, descendants of English settlers, and the Dutch brothers Abraham and Jacob Schellinger, the sons of a New Amsterdam merchant who moved to East Hampton between 1680 and 1690 after the English took over New Amsterdam.

During Operation Pastorius, a failed Nazi attack on the United States staged in June 1942, during World War II, four German spies were dropped off from a submarine on Atlantic Avenue beach in Amagansett, where they made their way to the village’s Long Island Rail Road station and boarded a train for New York.

A Coast Guardsman assigned to watch the beach noticed the suspicious strangers on the beach and notified the police and the FBI. In the spring of 2007 the original Coast Guard station, which had been moved to a private residence in 1966 to protect it from demolition, was moved back to near its original location at Atlantic Avenue beach.

The Coast Guard barracks are now part of the East Hampton Town Marine Museum which includes exhibits from the town maritime history, including whaling relics and a cannon from the American Revolution ship HMS Culloden which ran aground at Montauk.

In 1998 President Bill Clinton, who was vacationing in East Hampton, gave a Saturday radio address from the Amagansett Fire House.

Amagansett includes a section of Further Lane, which is a block from the ocean, and has one of the biggest collections of mansions in East Hampton. In 2007, one of the estates sold for $107 million, the highest price for a private residential property.

As part of the settlement, several 18th and 19th century buildings which had been moved to the estate to prevent demolition were moved elsewhere in the town—including five that were moved to form a campus for the East Hampton town government.

“Amagansett”, a pictorial history of the hamlet, was published in 1997 by Carleton Kelsey, longtime director of the Amagansett Free Library and former town clerk, and Lucinda Mayo, descendant of one of Amagansett’s 17th century founders.

Many houses and other buildings still stand from the 19th and even 18th century in Amagansett, Montauk, the Hamptons and other Long Island communities. 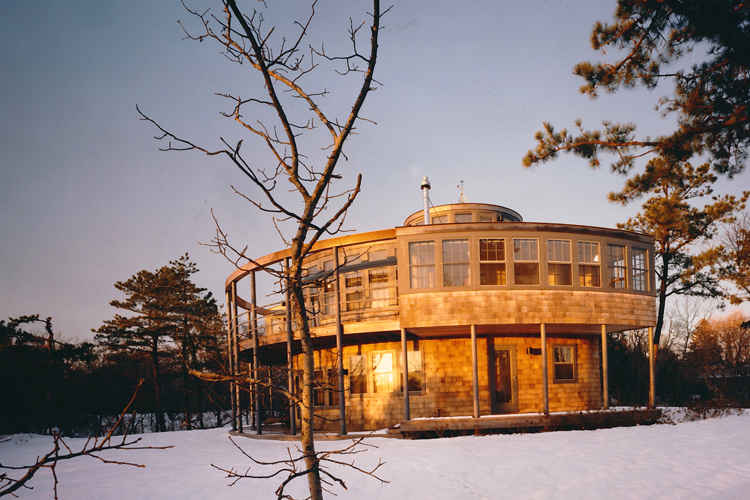