Get to know Bensonhurst

The Little Italy of Brooklyn

Bensonhurst has a population of over 151,000 people. The neighborhood is well known as a Little Italy of Brooklyn due to its large Italian-American population. The numerous Italian restaurants and businesses reflect the ethnic diversity along 18th Avenue, also known as Cristoforo Colombo Boulevard.

Bensonhurst has it all! From the Santa Rosalia festival to many different types of restaurants and supermarkets, Bensonhurst is filled with variety and options. People of various backgrounds live within this area, making it extremely diverse.

The beautiful neighborhood also has many schools within its vicinity. Although the neighborhood is filled with many events and people that make it what it is today, it may get crowded or noisy due to events in this area, such as the annual Santa Rosalia fair.

Many stores are available within that area, making it extremely easy to purchase groceries and supplies needed for daily life. The subway station is very convenient because there are two stops within a block or two away from each other, so you can go to either one depending on where you need to head to.

The Italian-speaking community remains over 20,000 strong, according to the census of 2000. However, the Italian-speaking community is becoming “increasingly elderly and isolated,” according to the Center for an Urban Future. Its main thoroughfare, 18th Avenue between roughly 60th Street and Shore Parkway, is lined with predominantly small family-run businesses—many of which have been in the same family for several generations.

Overall, Bensonhurst is a great place to live in! Contact Zavza Seal for more information.

Bensonhurst derives its name from Egbert Benson (1789–1866), whose children and grandchildren sold his lands to James D. Lynch, a New York real estate developer. Lynch bought the old farmlands from the Benson family in the mid-1880s, and by 1888, began selling private lots in an area dubbed as Bensonhurst-by-the-Sea, now Bath Beach. The first sale of lands in “The New Seaside Resort” area was advertised in the July 24, 1888, issue of the Brooklyn Daily Eagle.

Through the mid-20th century, Bensonhurst developed as an Italian and Jewish enclave. Despite a wave of commercial development in the 1980s, some land had remained undeveloped by then. By the early 2000s, condominiums were being built in Bensonhurst, and it had turned into a diverse community of Chinese, Italian, Mexican, Middle-Eastern, and Russian residents. The neighborhood, along with adjoining neighborhoods have been called “Brooklyn’s Chinatown”. 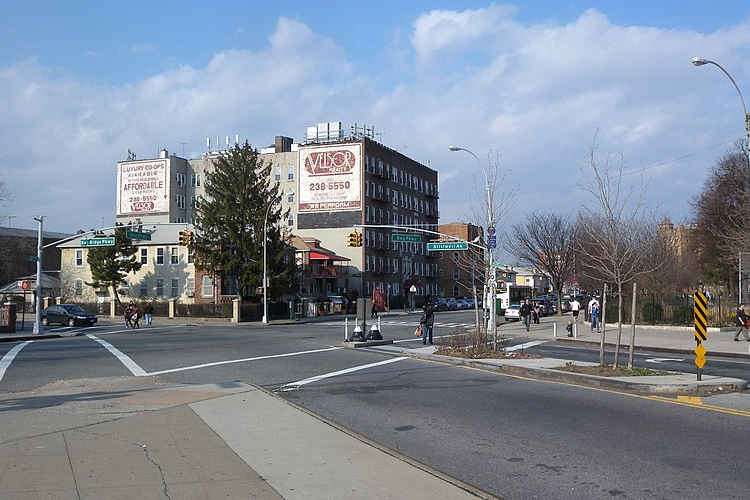