You might have already seen posts on Zavza Seal’s website about how we love Cobble Hill and Brooklyn Heights. These twin neighborhoods offer some of the best dining, shopping, and things to do in Brooklyn. If you want to escape the hustle and bustle of Manhattan, then you can’t afford to miss spending time in this area known for its laid-back feel and beautiful architecture.

The two areas are the closest you can come to a suburban feel in New York City. Both have tree-lined residential streets with picturesque brownstones and townhouses that show that time has stood still for decades. Brooklyn Heights is home to Brooklyn’s largest concentration of prewar homes, and Cobble Hill is known for its early 19th-century architecture.

Brooklyn Heights is one of the oldest neighborhoods in Brooklyn. Its history dates back to the 1600s when Dutch settlers arrived in New Amsterdam. If you’ve ever been to the neighborhood, you might feel like you stepped back.

It’s no surprise that these neighborhoods were designated New York City Historic Districts in 1965 and 1970, respectively. They are also filled with every amenity you could ever need: supermarkets, pharmacies, hardware stores, banks, and more!

In addition to the charming architecture, plenty of restaurants (and cute boutiques) on Court Street serve as a hub for both neighborhoods. Court Street is almost like a shopping mall with no roof – all the shops are within a few blocks of each other, making it easy to walk from store to store. Some of our favorites include Barney’s Warehouse (designer clothing), Company.

The history of European settlement in Brooklyn spans more than 350 years. The settlement began in the 17th century as the small Dutch-founded town of “Breuckelen” on the East River shore of Long Island, grew to be a sizeable city in the 19th century and was consolidated in 1898 with New York City (then confined to Manhattan and the Bronx), the remaining rural areas of Kings County, and the largely rural areas of Queens and Staten Island, to form the modern City of New York.

The Dutch were the first Europeans to settle Long Island’s western edge, which was then largely inhabited by the Lenape, an Algonquian-speaking American Indian tribe often referred to in European documents by a variation of the place name “Canarsie”. Bands were associated with place names, but the colonists thought their names represented different tribes. 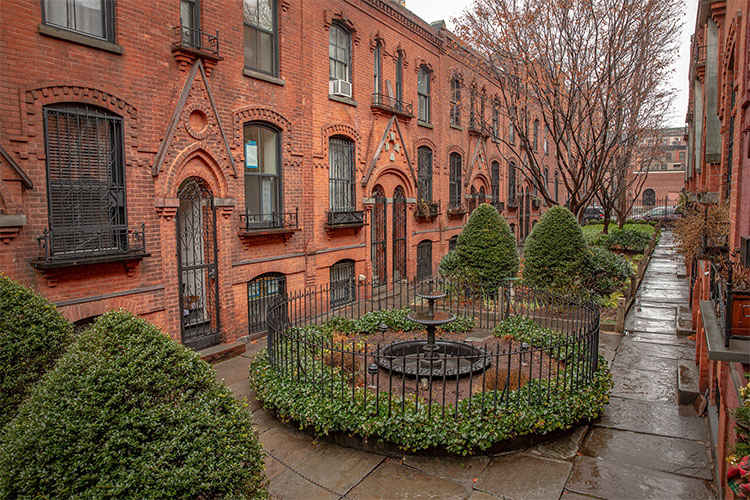