Get to know Farmingdale

Farmingdale On The Rise

Farmingdale became an incorporated village in 1904. It locates in Nassau County. The town was first settled by a European known as Thomas Powell. Thomas Powell was also the first to own Bethpage. The population recorded in the 2010 census was over 8,000.

The town is at its best weather conditions in September, June, and August. Residents suggest that these are the most pleasant months in Farmingdale. But, January and February tend to get harsher as the cold arrives.

Farmingdale comes with a higher cost of living when compared to other towns in the city. It is due to the standards that are also at an incline due to its growing working class.

The Farmingdale school district is highly reputable. It has maintained a prestigious education throughout the years of its establishment. Families have a choice between several public schools, all of which are highly rated. All parkways and shopping centers are centrally located, making everything minutes away! If you enjoy walking over driving, Farmingdale is an excellent choice!

The town is full of friendly communities looking to help and interact with others. The communities are well intact. There is also a lot to do at Farmingdale due to its many coffee shops, restaurants, shopping centers, and more! Famous landmarks in the town include; Bethpage State Park, Ellsworth W. Allen Park, and American Airpower Museum.

The town is full of fun activities and scenic locations. Living here will never leave you feeling bored! If you’re currently residing in Farmingdale and are looking for waterproofing or insulation service for your home, contact Zavza Seal!

The first European settler in the area was Thomas Powell, who arrived in 1687. On October 18, 1695, he purchased a 15-square-mile (39 km2) tract of land from three Native American tribes. This is known as the Bethpage Purchase and includes what is now Farmingdale, as well as Bethpage, Melville, North Massapequa, Old Bethpage, Plainedge, and Plainview. One of two houses he built in the area (circa 1738) still stands on Merritts Road in Farmingdale.

In the 1830s, anticipating construction of the Long Island Rail Road (LIRR), land developer Ambrose George purchased a large tract of land between a community then known as Bethpage and an area in Suffolk County known as Hardscrabble. He built a general store in the western part of this property which he named Farmingdale. When the LIRR started service to the area in October 1841, it used the name Farmingdale for its latest stop, here, on the line it was building to Greenport. Stagecoaches took people from the Farmingdale station to Islip, Babylon, Patchogue, Oyster Bay South, and West Neck (Huntington area).

In 1886 a fire department was organized. The Village of Farmingdale was incorporated in 1904. In 1912, the State Agricultural and Technical school was established. The Lenox Hills Country Club, an 18-hole private golf course designed by Devereux Emmet, was developed north of the community in 1923 and was owned and operated by Benjamin F. Yoakum. This golf course was purchased by the State of New York, was greatly expanded, and then re-opened as Bethpage State Park in 1932, with much of the golf design work carried out by golf architect A.W. Tillinghast, later inducted into the World Golf Hall of Fame. The original 1920s era Lenox Hills subdivision and later adjacent subdivisions, located between the Bethpage State Park golf courses and the Long Island Railroad trackage, encompassing rolling hills and a wide boulevard, are known as the more upscale part of Farmingdale Village. Later, Farmingdale became a locus for the aircraft industry, notably Republic Aviation Company.

In 1899, Mile-a-Minute Murphy rode a bicycle along the Long Island Rail Road’s Central Branch through the Farmingdale area at a mile a minute.

For many years, the town celebrated its birth with the annual Hardscrabble Fair, with music, food and games. It was normally held in May. 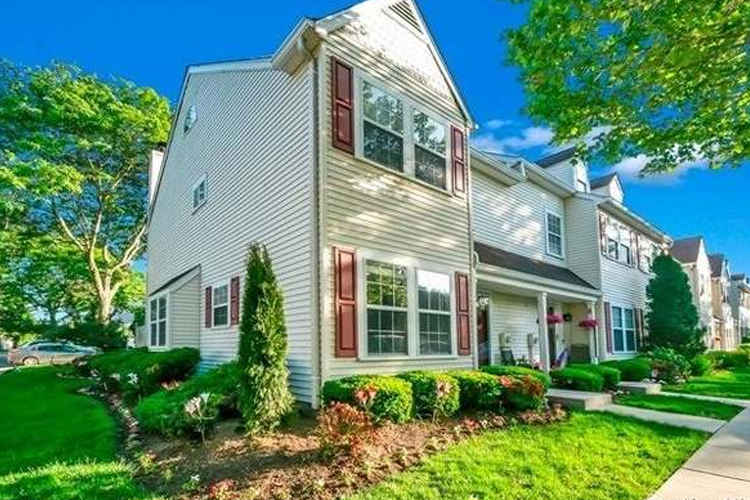