Get to know Flushing

Flushing is a neighborhood of the Queens borough of New York City, located in the north-central part of the borough. The community is one of New York’s largest central business districts.

Downtown Flushing is a large business and retail district centered on the intersection of Main Street in New York’s third busiest intersection. – After Times Square and Herald Square.

The English acquired possession of New Amsterdam in 1664, and the Town of Flushing was one of the initial five towns of Queens County, formed in 1683.

The construction of bridges and public transit ushered in development in the early twentieth century. In the late twentieth century, a large immigrant community of Chinese and Koreans began to settle in Flushing.

New Amsterdam became under the rule of the English in 1664. – Ending Dutch authority of the New Netherland colony and renaming it the Province of New York. Flushing was one of the original five towns that made up Queens County in 1683.

Famous Places To Visit In Flushing

If you’re going to Flushing anytime soon, take some time out to visit some of these famous sites.

Some of these sites hold the most history in this town. If that is something you enjoy, make a trip to appreciate the land. Zavza Seal is fully operative in Flushing, New York.

Flushing was originally inhabited by the Matinecoc Indians prior to colonization and European settlement.

On October 10, 1645, Flushing was established on the eastern bank of Flushing Creek under charter of the Dutch West India Company and was part of the New Netherland colony that was governed from New Amsterdam (Lower Manhattan). The settlement was named Vlissingen, after the city of Vlissingen, which was the European base of the Dutch West India company. By 1657, the residents called the place “Vlishing.” Eventually, the formal traditional English name for the Dutch town, “Flushing”, would be settled upon (despite being a Dutch colony, many of the local early settlers were British, who trickled down from nearby Connecticut colony).

Unlike all other towns in the region, the charter of Flushing allowed residents freedom of religion as practiced in Holland “without the disturbance of any magistrate or ecclesiastical minister.” However, in 1656, New Amsterdam Director-General Peter Stuyvesant issued an edict prohibiting the harboring of Quakers. On December 27, 1657, the inhabitants of Flushing approved a protest known as The Flushing Remonstrance. This petition contained religious arguments even mentioning freedom for “Jews, Turks, and Egyptians,” but ended with a forceful declaration that any infringement of the town charter would not be tolerated. Subsequently, a farmer named John Bowne held Quaker meetings in his home and was arrested for this and deported to Holland. Eventually he persuaded the Dutch West India Company to allow Quakers and others to worship freely. As such, Flushing is claimed to be a birthplace of religious freedom in the New World. Landmarks remaining from the Dutch period in Flushing include the John Bowne House on Bowne Street and the Old Quaker Meeting House on Northern Boulevard. The Remonstrance was signed at a house on the site of the former State Armory, now a police facility, on the south side Northern Boulevard between Linden Place and Union Street. 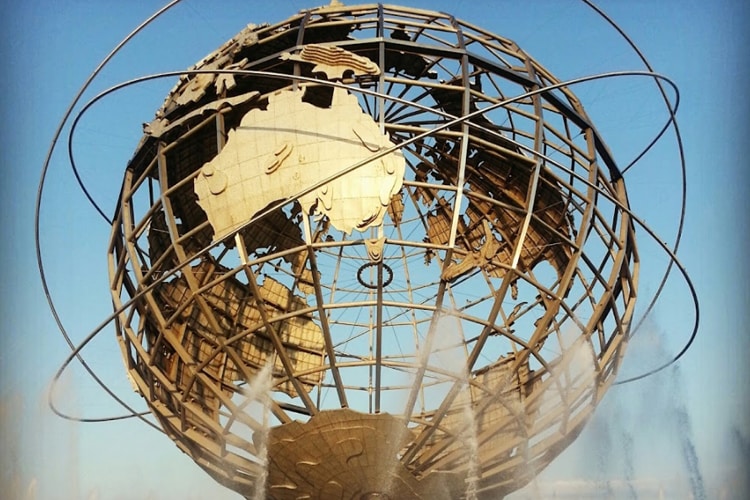