Get to know Great River

Great River is a suburb on the water on Long Island. 1,405 people live there who love their community because it has that small-town feel. Residents enjoy the convenience of nearby amenities and the quiet luxury of having close access to outdoor activities in summer and winter.

People living here are mostly homeowners. So, if you need insulation services, you can always contact Zavza Seal for a free quote for waterproofing services.

Why You Should Move to Great River Neighborhood

The neighborhoods are quiet yet friendly, where it’s not uncommon to find your neighbor baking you a pie or inviting you over for dinner. Crime rates are low, and there is rarely any violence toward residents or visitors.

For those who want to go into the city, there is a train station that takes commuters right into Manhattan without dealing with traffic or parking fees. However, if you prefer to drive, some highways take you into the city and other neighboring towns in under an hour, depending on the day. Overall, Great River is a great place for families and anyone looking for a safe and economical home.

For centuries, the Algonquin people inhabited Long Island. A sub-division of the Algonquins known as the Secatogue ( Mohegan (L.I.)) tribe occupied all of the area in what is now the town of Islip. Their principal villages were at West Islip (Secatogue), Bay Shore (Penataquit), and Oakdale (Connetquot).

On November 29, 1683, William Nicoll (Nicolls), founder of the Town of Islip and son of New York City Mayor Matthias Nicoll, was awarded the first royal patent to the east end of what is now the Town of Islip. Nicoll purchased land from Sachem (Paramount chief) Winnequaheagh of Connetquot. He named his 50,000-acre (20,000 ha) plantation (an 8-by-10-mile (13 by 16 km) tract of land) “Islip Grange”, in honor of his ancestral home of Islip (UK) in East Northamptonshire, England, from which Matthias emigrated in 1664. Nicoll’s domain extended from East Islip to Bayport and embraced the present-day communities of Sayville, West Sayville, Oakdale, Great River, Islip Terrace, Central Islip, Hauppauge, Holbrook, Bohemia, Brentwood, Holtsville, and a portion of Ronkonkoma. Nicoll paid an annual quit-rent (tax) to Thomas Dongan, 2nd Earl of Limerick and Governor of the Province of New York, of five bushels of good winter wheat or twenty-five (25) shillings payable annually on March 25.

William Nicholl also purchased five islands from Winnequaheagh on November 19, 1687, including Hollins Island (a.k.a. East Fire Island.) The purchase was confirmed on a patent by Governor Dongan on June 4, 1688. Altogether William Nicoll acquired four patents for land – the final purchase was on September 20, 1697, issued by Governor Benjamin Fletcher. Under Col. Fletcher, piracy was a leading economic development tool in New York City’s competition with the ports of Boston and Philadelphia. New York City had become a safe place for pirates (freebooters) who carried “real money” into the impoverished colony. 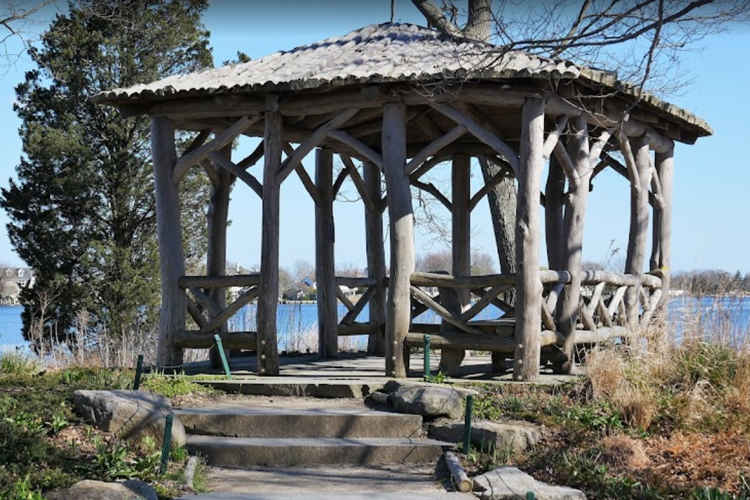