Get to know Ridge

Bay Ridge is a neighborhood in Brooklyn, New York City, located in the southwest portion of the borough of NYC. It is bordered on the north by Sunset Park, with Dyker Heights on the east, Narrows and the Belt Parkway on the western front, and on the south by Fort Hamilton Army Base and the Verrazzano-Narrows Bridge. Bay Ridge was built as a rural summer resort during the mid-nineteenth century. It is located in Brooklyn Community District 10 and has 11209 and 11220 as its Principal ZIP codes.

Bay Ridge has over 80,000 people as residents as of 2016, with a predominant Irish, Italian, and Greek community. Later in the twentieth century, an influx of Russian, Polish, and Lebanese and a smaller number of Chinese came into this region and other districts in southern and southwestern Brooklyn. The district has a median family income of $68,679 in 2016.

The name Bay Ridge was given to the neighborhood because of its location. Bay Ridge was built as a rural summer resort during the mid-nineteenth century. The introduction of the Fourth Avenue Line (current-day R line) of the New York City Subway in 1916 prompted its growth as a residential neighborhood. Owl’s Head Park, which hosts the area’s annual Halloween Haunted Walk & Fairytale Forest, is well-known in Bay Ridge. Sledding slopes, a skatepark, and a dog run are among the 24 acres to be explored. Built in 1847, the Bennet-Farrell-Feldman House, located at 125 95th St, is also now a city monument.

The Canarsee Indians, one of the numerous ancient Lenape peoples that farmed and hunted in the area, were the first to settle in South Brooklyn. The Canarsee were quickly displaced once the property was acquired in the 1640s by Dutch immigrants who built up their farms along the coastline, and they had abandoned Brooklyn by the 18th century. Bay Ridge was the westernmost part of New Utrecht, which the Dutch created in 1657. Yellow Hook, named after the color of the soil, was one of two sister settlements in the region.

While many of the Scandinavians have left, Bay Ridge still boasts of a sizable Italian and Irish community and Greek, Arabic, Russian, and Chinese population. According to the Arab American Association of New York, which is located there, the area boasts the largest concentration of persons who speak Arabic at home in Brooklyn. Many streets have the same vistas: connected one- and two-family rowhouses, some with driveways and yards, placed on wide, well-kept walkways.

Because of its physical boundaries, which include the waters of The Narrows to the west and local roadways to the north and east, this district has a small-town atmosphere within the central metropolis. Stately apartment buildings, single-family houses, and brownstones dot the tree-lined streets. There are various interesting sights and activities to see and do in the neighborhood. Bay Ridge is a diverse cultural melting pot with various cuisines, lifestyles, and art. Even today, it is Brooklyn’s bar capital. 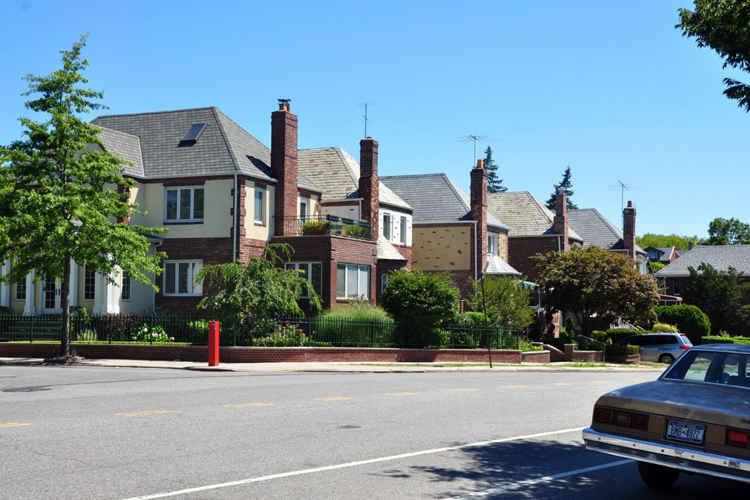