Get to know Bay Shore

A hamlet in the town of Islip, Bay Shore is located on the South shore of Long Island along the Great South Bay. Famous for its shopping districts and resorts, it is famous with people looking for an escape from the busy city life. Home to white sandy beaches and fishing villages, Bay Shore brims with a variety of waterfront activities.
The locals are kind and friendly and there is a plethora of great things to do here, especially for people with children. You can travel to the city or upstate and will never have a boring time.
For people looking for a bit of adventure in nature, the Gardiner County Park is a must-see. The park features a wide 231-acre green land which has now become a part of the Sagtikos Manor Estate. You can hike on its vibrant nature trails and enjoy the splendid views. The Southward Ho Country Club dates back to the time when the land was a Hyde family estate. Now it has a beautiful course with narrow fairways and ponds that golfers can enjoy. It also has a nice bar and restaurant where you can enjoy good snacks with your friends and family after a game.
If you’re looking to delve into the cuisine, Bay Shore features one of the best vibrant North American cuisines. Some of the famous places to get this taste are Toast Coffeehouse, Mulberry Street Bay Shore, Peninsula Chinese and Japanese, and BO Wah Kitchen.

Bay Shore is one of the older hamlets on Long Island. Sagtikos Manor, located in West Bay Shore, was built around 1697. It was used as a British armed forces headquarters, at the time of the Battle of Long Island during the Revolutionary War. President Washington stayed at the manor during his tour of Long Island in 1790.

The land that would become Bay Shore proper was purchased from the Secatogue Native Americans in 1708 by local school teacher John Mowbray for “several eel spears”.

The hamlet’s name has changed over time: Early European settlers referred to the area first as Penataquit and later as Awixa; both were names used by the indigenous Secatogue. For reasons never documented, the name was changed in the early 19th century to Sodom. In 1842 there was a further name change to Mechanicsville, then a return in 1849 to Penataquit. The name Penataquit proved unpopular because it was difficult to spell, and the name of the hamlet and post office was changed to Bay Shore in 1868. 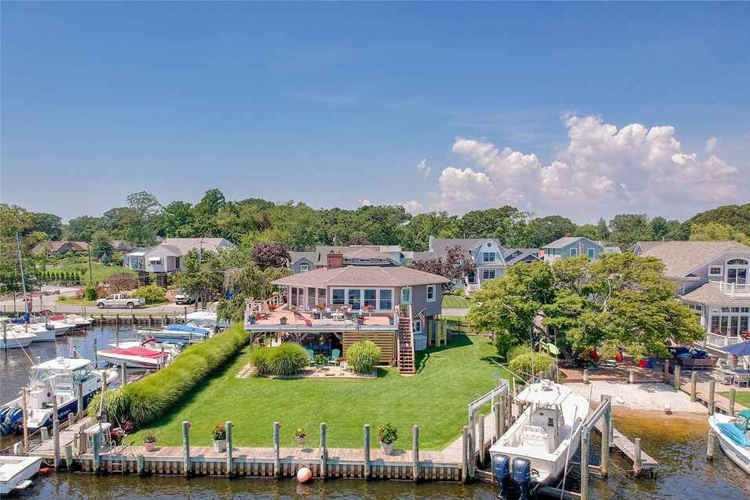