Get to know East Hampton

An Unforgettable Dining and Shopping Experience at East Hamptons

Are you hungry? Well, you’re in luck! Because here at East Hampton, we have a range of restaurants to fit any preferences.

The dining scene in East Hampton is exceptional. From Michelin-starred establishments to family-owned eateries, the featured chefs put out exquisite meals every time. You can either book a table beforehand, or just show up and get a table right away. Restaurants are made to be both trendy and homely at the same time. They want everyone to feel welcome and at home, once they walk through their doors. No one gets overlooked at one of their tables.

East Hampton is known for its offerings of fine dining, but if you’d rather have a more relaxed take on tasting menus, there are plenty of casual options that won’t break your bank. You can enjoy a charming dinner by the bay without having to empty your wallet or suffer through an overly stuffy meal (although there are still plenty of places for you to dress up and feel fancy).

When it comes to shopping in East Hampton, it is no surprise that the town is home to luxury boutiques offering designer clothing, shoes, and accessories. But if you’re looking for something slightly more affordable (or perhaps simply more casual), there are several small businesses and local shops selling things like local jewelry and artwork that you can only find here.

This area had been inhabited for thousands of years by wandering tribes of indigenous peoples. At the time of European contact, East Hampton was home to the Pequot people, part of the culture that also occupied territory on the northern side of Long Island Sound, in what is now Connecticut of southern New England. They belong to the large Algonquian-speaking language family. Bands on Long Island were identified by their geographic locations. The historical people known to the colonists as the Montaukett, who were Pequot, controlled most of the territory at the east end of Long Island.

Indians inhabiting the western part of Long Island were part of the Lenape nation, whose language is also in the Algonquian family. Their territory extended to lower New York, western Connecticut and the mid-Atlantic coastal areas into New Jersey and Pennsylvania. Their bands were also known by the names of their geographic locations but did not constitute distinct peoples.

In the late-17th century Chief Wyandanch of the Montaukett negotiated with English colonists for the land in the East Hampton area. The differing concepts held by the Montaukett and English about land and its use contributed to the Montaukett losing most of their lands over the ensuing centuries. Wyandanch’s elder brother, the grand sachem Poggaticut, sold an island to English colonist Lion Gardiner for “a large black dog, some powder and shot, and a few Dutch blankets.” The next trade involved the land extending from present-day Southampton to the foot of the bluffs, at what is now Hither Hills State Park, for 24 hatchets, 24 coats, 20 looking glasses and 100 muxes.

In 1660 Chief Wyandanch’s widow signed away the rest of the land from present-day Hither Hills to the tip of Montauk Point for 100 pounds, to be paid in 10 equal installments of “Indian corn or good wampum at six to a penny”. The sales provided that the Montaukett were permitted to stay on the land, to hunt and fish at will, and to harvest the tails and fins of whales that beached on the East Hampton shores. Town officials who bought the land filed for reimbursement from the colony for the rum with which they had plied the tribe during negotiations. Gradually, however, colonists stopped the Montaukett using the land by preventing them from hunting and fishing. They were said to interfere with the crops on their farms, in a conflict similar to the later farmer-rancher arguments of the Old West.

Many of the Montaukett died during the 17th and 18th centuries from epidemics of smallpox, a Eurasian disease carried by some English and Dutch colonists and endemic in their communities, to which the Indians had no immunity. After the American Revolution, some Montaukett relocated with Shinnecock to Oneida County in western upstate New York, led by the Mohegan missionary Samson Occom, to try to escape the settlers’ civilization. They formed the Brothertown Indians with other Indians from New England, and gave up some of their traditions. In 1831-1836, the Brothertown Indians migrated to Wisconsin, where they founded the settlement of Brothertown.[10]

Some Montaukett continued to live on Long Island. In the mid to late nineteenth century, their most well-known member was Stephen Talkhouse. Their area on Lake Montauk was called Indian Fields until 1879. With their population reduced, over the years the Montaukett intermarried with other peoples of the area, but brought up many of their descendants as Montaukett in their culture. When Arthur W. Benson brought a government auction of Montauk, New York, in which he bought nearly the entire east end of the town, he evicted the Montaukett. They relocated to Freetown, a community established by free people of color on the northern edge of East Hampton Village. The tribe made several attempts to get the courts to declare the evictions illegal, but the court ruled in favor of the evictions. Since the 1990s, the Montaukett have pressed for formal recognition as a tribe. The Shinnecock Indian Nation, many of whom had continued to occupy a portion of land on the South Shore and claimed it as their reservation, received federal recognition in 2010 as a tribe and also have state recognition. Historically both groups were part of the larger Pequot people. 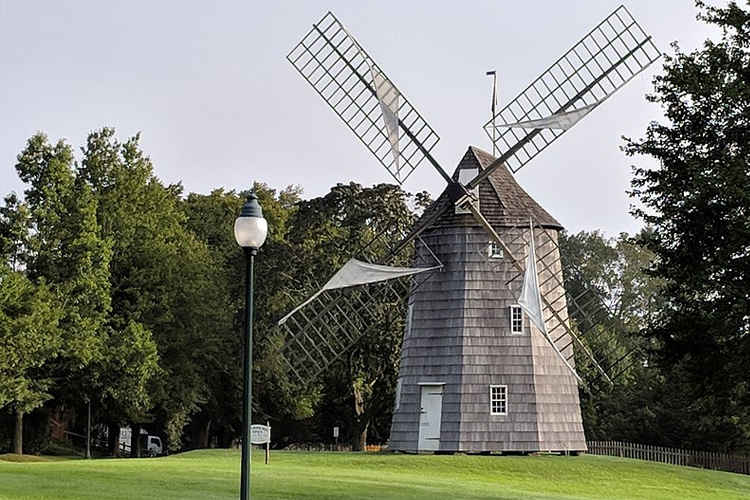