Get to know Old Bethpage

Visiting Old Bethpage is always a unique and wonderful experience. You can visit the historical recreation of the 1800s life on Long Island. Anyone who enjoys history and cultural facts and structures will love Old Bethpage.

The hamlet presents a series of historical buildings and museums that help guide visitors about the town and how it came to be what it is today. Remember, Zavza Seal is operating full-time in Old Bethpage, so don’t miss out.

Things to do in Old Bethpage

If you’re visiting Old Bethpage anytime soon, there is a bunch of stuff to do here.

The Adventure Park on Long Island

Are you looking to spend a day full of thrill and fun? Visit The Adventure Park when in Old Bethpage. The park allows you an excuse to be a kid if you don’t have any to bring. It’s full of fun rides and plays courses.

The Adventure Park is also an excellent choice for families to bring along their kids and have fun with them.

The AAM is the perfect escape for those who enjoy an educational and fun visit to places like Old Bethpage. The AAM, being a non-profit organization, has allowed all kinds of people to come in and look around. There’s a variety of historic aircraft to see and experience some operational ones in the summertime.

What’s a visit to another town without trying the different kinds of food there? You must visit Sweet Karma Desserts when in Old Bethpage. Not only does this bakery serve freshly baked goods every morning, but they also offer a pre-order service for any specific style of cake.

In 1695, Thomas Powell bought about 10,000 acres (40 km2) from local Indian tribes, including the Marsapeque, Matinecoc, and Sacatogue, for 140 English pounds. This land, which includes present day Bethpage, East Farmingdale, Farmingdale, Old Bethpage, Plainedge, Plainview, South Farmingdale, and part of Melville, is known as the Bethpage Purchase and is approximately 3.5 miles (5.6 km) east to west and 5 miles (8.0 km) north to south.

Powell called his land Bethphage, because it was situated between two other places on Long Island, Jericho and Jerusalem, just as the biblical town of Bethphage (meaning “house of figs”) was situated between Jericho and Jerusalem. Today, the Long Island place formerly called Jerusalem is known as Wantagh and Island Trees, while the placename Jericho is unaltered. Over time, Bethpage was spelled without the second “H”. Powell’s 14 children split up his purchase and it evolved into several farming communities, and the one in this mostly central part of the purchase retained the name “Bethpage”.

A railroad spur completed in 1873, known as the Bethpage Branch of the Central Railroad of Long Island, ran to a brickworks plant which had opened on what is now Battle Row and Bethpage-Sweet Hollow Road in the 1860s. The railway was built to transport bricks for the construction of Alexander Stewart’s Garden City. For a few years, regularly scheduled passenger traffic also appeared in timetables, with the station being called Bethpage. The line was abandoned in 1942. Remnants of a locomotive turntable can be found in the woods of Bethpage State Park on the east side of Round Swamp Road. The brickyard continued operations under different owners until 1981, with different sections known variously as Bethpage Brickworks, Queens County Brick Manufacturing Company, Post Brick Company, and (after Nassau County split from Queens County in 1899) Nassau Brick Company. The pitted terrain at the brickworks was used in investigations by Grumman for digital mapping of Earth.

In 1908, William Kissam Vanderbilt II began construction of the Long Island Motor Parkway, one of the country’s first highways. Eventually stretching 45 miles (72 km) from Queens to Lake Ronkonkoma, New York, a portion of the parkway ran through Old Bethpage. Street names such as “Vanderbilt Lane”, “Motor Parkway” and “Toll Place” serve as reminders. Segments of the old roadbed and some bridges can still be seen in some places, including Battle Row Campground, Bethpage State Park, and the Old Bethpage Village Restoration.

In 1932, under the auspices of Long Island State Parks Commissioner, Robert Moses, Bethpage State Park, was opened. The park and its 1,400 acres (5.7 km2) is almost entirely within the hamlet of Old Bethpage. In 1936, the adjacent hamlet of Central Park changed its name to Bethpage. Following this name change, the hamlet originally called Bethpage resisted suggestions that it merge with the new Bethpage, and got approval from the post office to change its name to Old Bethpage, though it did not have its own post office until 1965. Bethpage State Park remained so named, leading some to mistakenly believe that the park is located mostly in Bethpage. 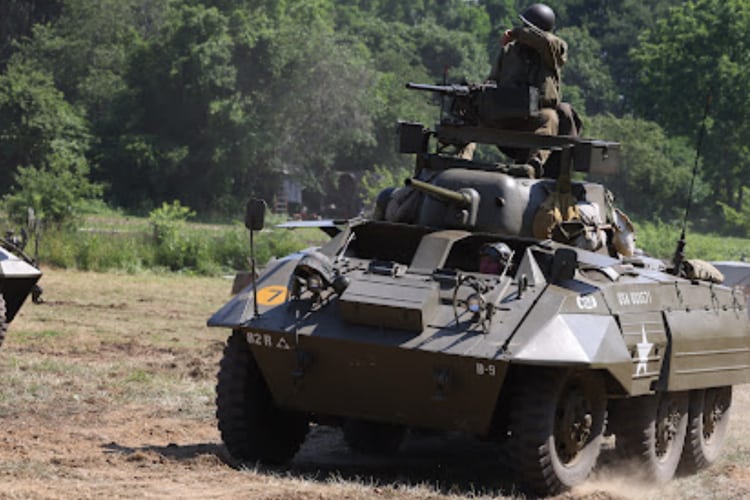